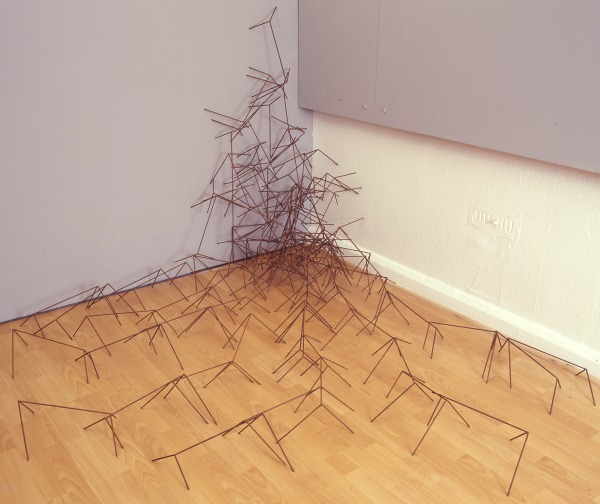 The works in this exhibition are an encounter between two perspectives on the contemporary city. The city as an image to be viewed, as design, map or plan, and the city as a site, a delimited piece of land, defined by a particular geography with reference to which buildings are implanted, and complex architectures elaborated. The architecture of the city should ideally lie where site and image meet at the level of human necessity. But in the contemporary Latin American city it is rarely so.

In the building of makeshift dwellings, the balance between site and need is struck precariously. Works by Carla Guagliardi, Martha Niklaus, and Annare Smith incorporate this aspect of the modern city, expelled from the rigours of town planning, into the way that it is imagined and represented.

The modern metropolis sometimes seems to be all image, overwhelmed as it is by self-representation. Works by Siron Franco, Antonio Henrique Amaral and Milton Machado attempt to humanise that image, to understand how city-dwellers live in an environment characterised by constant demand: for progress, speed and self-improvement.

Architecture is not limited in this exhibition to building, but carries meaning as all of the various structures that hold a nation in place.

Unbalanced as the architectures of the city are, people endure living with and within them. These works display an understanding of how artists in particular have negotiated, observed and attempted to locate the city's dual existence as image and as site; as a place known both by global and local representation, and according to the demands of human and other natures. 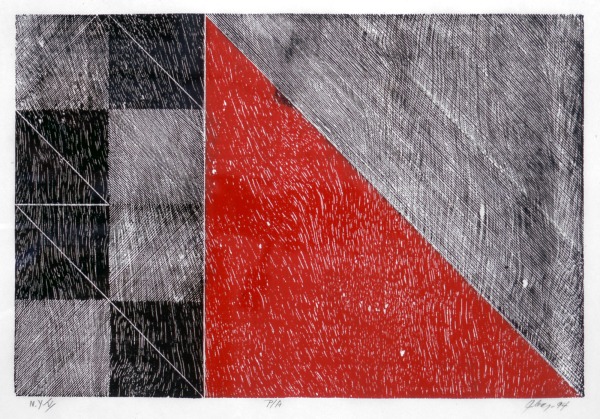 The exhibition, selected by former ESCALA curator Gabriela Salgado, consisted of a group of twenty works in a variety of media, including a number of his abstract prints and drawings held by ESCALA. Three wood blocks used for printing will complete the display in order to encourage understanding of the working process.

The exhibition revealed the variety of techniques and formats employed in Gama's elegantly crafted works on paper, ranging from a large format woodcut on Japanese paper (187 x 91 cm) to small sketches. ESCALA holds a large number of works by Gama. These include three cedar-printing boards for block printing, graphite drawings and a variety of woodcuts.

Gama's use of woodcut as a printing technique evokes the historical relevance of printmaking in Latin America. Used in many cases as a low cost device to communicate political events and social concern or simply to distribute the work of popular literary figures - such as, in Brazil, the tradition of Literatura de cordel - woodblock printing relates the natural grain of the wood to the lines incised by the artist in marvellous combination.

Such is the case with Alex Gama's abstract prints, which marry the traditions implicit in the medium with a language born from the concerns of modern art, deploying rhythm, tonality and shadow as their sole narrative. Minimal in appearance and elaborate in execution, the graphite drawings signify a different approach in Alex Gama's artistic endeavour. These works seem to reveal the pursuit of silence and void, the search of a space for meditation. The mechanical covering of the surface line over line to achieve a monochrome surface reminds us of a mantra. The result is a minimal image that seems to invite calm thought and sensation, working as a window on the soul drawn in mono-tonal perfection. 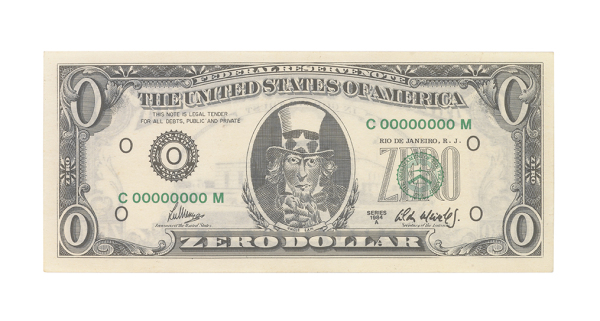 Across, beyond, through, the etymology of the prefix trans- forms a broad thematic concept bringing together the works selected for Transit. Using this theme to approach the art works in this exhibition, a concept of translation emerges, in transit, between two different, but interconnected, interpretations. Transit suggests a way of making good the distance involved in the practice of displaying and discussing art from Latin America in England by suggesting that dislocation can be productive, that displacement is informative.

In recent critical tradition, art from Latin America has been read in the light of dialectical oppositions; here and there, self and other and even us and them. Transit proposes that studying art from Latin America in England is necessarily more complicated than that, that there is a need to try and map an imaginary third space, being not here, not there, not we and they, us or them, but a series of meetings that take place at any combination of points in between. The only common denominators of such a space, mapped by the constant movement of ideas and bodies, are uncertainty, instability, and change.

While showing sculpture, photography and video installations, objects in Transit also include the familiar: a book, a banknote, a T-shirt and transforms their everyday usage, adding new layers of meaning.

Transit has been curated by Dr.Maria Clara Bernal and Isobel Whitelegg 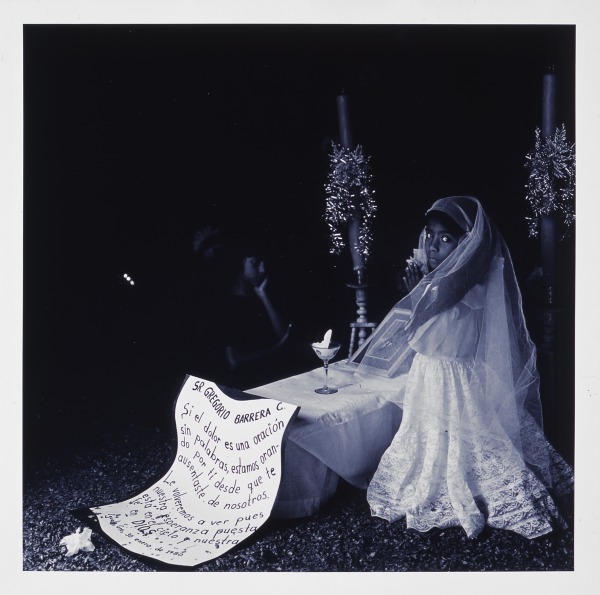 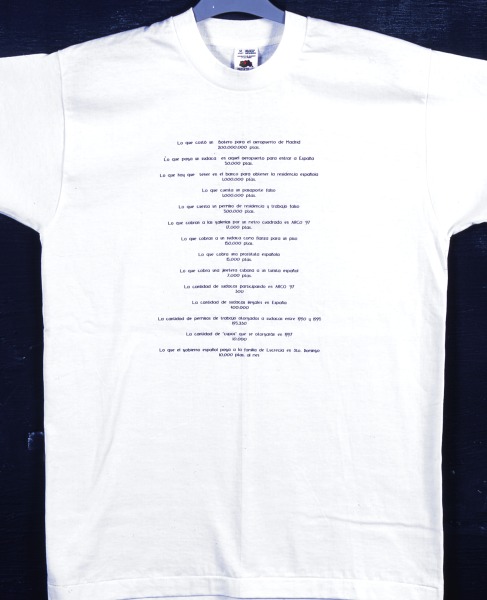 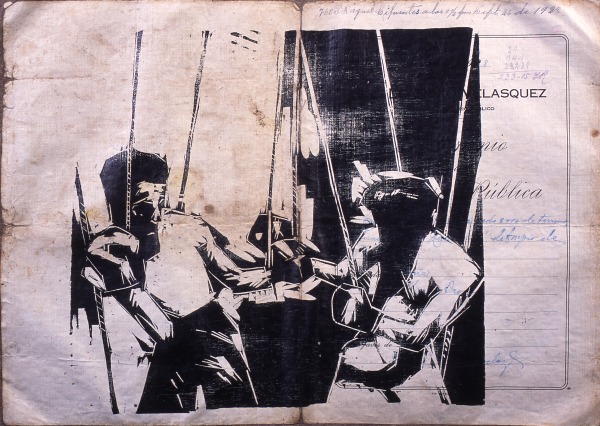 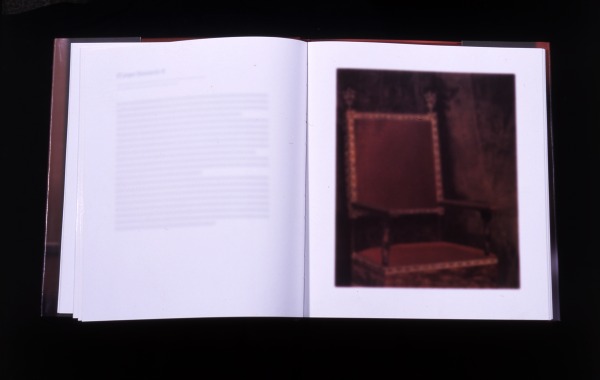 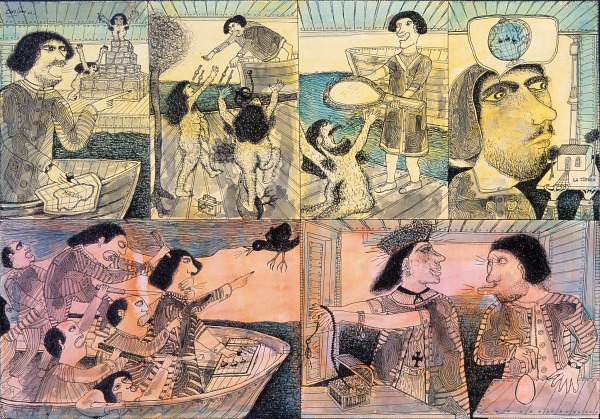 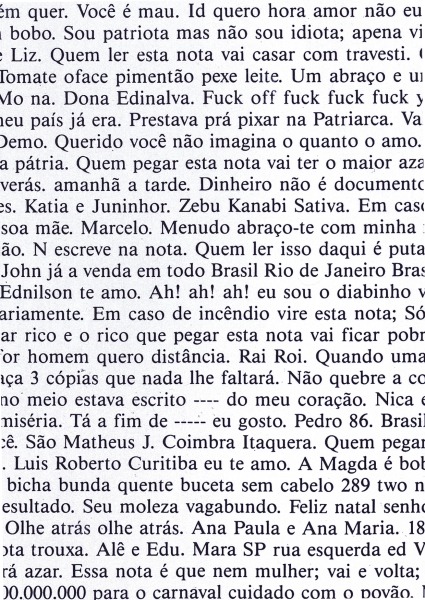 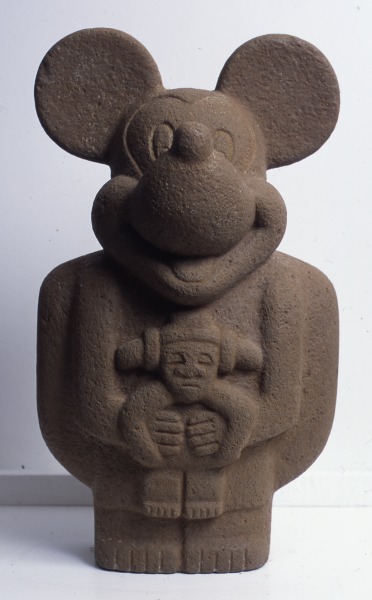