ESCALA has organised a week of events in collaboration with the School of Philosophy and Art History and the Essex Transitional Justice Network to mark the 40 years since the military coup in Argentina on 24 March 1976. The events will take as their starting point ESCALA artworks created during and since Argentina’s last dictatorship from 1976-1983, which resulted in the kidnapping, torture, and disappearance of thousands of people.

The artworks will be displayed throughout the week in ESCALA’s new purpose-designed teaching and research space in the Constable Buildings at the University’s Colchester Campus. They will form the basis of discussions by internal and external speakers on themes including art as a forum for truth telling, art and activism, memorialisation, and complicity.

We will close the week with a talk by Professor Vikki Bell (Goldsmiths, University of London) and a formal launch of the ESCALA Teaching and Research Space. Visitors to the Colchester Campus during the week will also have the opportunity to view a selection of ESCALA artworks in our new ESCALA Gallery in the Silberrad Student Centre.

TUESDAY 8 MARCH: ART, ACTIVISM, AND THE CITY IN ARGENTINA

This session is organised in collaboration with the Essex Transitional Justice Network, University of Essex.

THURSDAY 10 MARCH: ART AND TRUTH-TELLING ABOUT THE VIOLENT PAST

// Professor Vikki Bell (Goldsmiths, University of London) 'Imagine this: Art as a Forum for Truth-Telling about the Violent Past'
// Short film presentation Buena memoria on the work of Marcelo Brodsky by Vikki Bell will follow the talk

Professor Vikki Bell (Goldsmiths, University of London)
Vikki Bell is Professor of Sociology at Goldsmiths, University of London. She is the author of four monographs, including Culture and Performance (Berg, 2007) and The Art of Post-Dictatorship: Ethics and Aesthetics in Transitional Argentina (Routledge/Glasshouse, 2014). Widely published in peer-reviewed journals, she has written extensively on the thought of Michel Foucault and Hannah Arendt, and addressed questions of ethics, aesthetics, subjectivity and politics across the social sciences and theoretical humanities. Recently her work has explored cultural-aesthetic aspects of transitional justice in Argentina where her research is currently funded by the Economic & Social Research Council.

Dr Gavin Grindon (University of Essex)
Gavin Grindon is lecturer in contemporary art and curating in the department of philosophy and art history. In 2014 he curated the exhibition Disobedient Objects at the V&A and in 2015 he curated Guerilla Island at Banksy's Dismaland. He has published widely on art and protest.

Sabine Michalowski is Professor of Law at the University of Essex, Director of the Essex Transitional Justice Network whose research area ‘Economic and social dimensions of transitional justice’ she chairs, and member of the Human Rights Centre. Her current research focuses, inter alia, on corporate complicity and on economic dimensions of transitional justice. She recently edited a book on Corporate Accountability in the Context of Transitional Justice which was published by Routledge in 2013. She is frequently invited to speak at international conferences and expert workshop on transitional justice related issues. Her relevant publications include: Michalowski, Sabine and Cardona Chaves, Juan Pablo (2015), 'Responsabilidad corporativa y justicia transicional (Corporate accountability and transitional Justice)', Anuario de Derechos Humanos pp. 173-182; ‘Doing business with a bad actor: how to draw the line between legitimate commercial activities and those that trigger corporate complicity liability’, 50(3) Texas Journal of International Law 404-464 (2015); ‘The mens rea standard for corporate aiding and abetting liability – conclusions from international criminal law’, 18(2) UCLA Journal of International Law and Foreign Affairs (2014), 237-274 ‘Due Diligence and Complicity – A Relationship in Need of Clarification’, in: D. Bilchitz & S. Deva (eds.), Human Rights Obligations of Business: Beyond the Corporate Responsibility to Respect? CUP, Cambridge “No Complicity Liability for Funding Gross Human Rights Violations?” 30 Berkeley Journal of International Law 451-524 (2012); “Ius cogens, Transitional Justice and Other Trends of the Debate on Odious Debts: A Response to the World Bank Discussion Paper on Odious Debts”, 48 Columbia Journal of Transnational Law 61-120 (2010) (co-authored with Juan Pablo Bohoslavsky); “Sovereign Debt and Social Rights-Legal Reflections on a Difficult Relationship” Human Rights Law Review, 8 (2008): 35-68

Dr Holly Eva Ryan is Postdoctoral Research Associate in Politics, Art and Expression at the Crick Centre, University of Sheffield. Holly’s work is situated at the intersections of social movement studies, visual and international politics. She is a Co-convener of the Art & Politics Specialist Section of the Political Studies Association and the Founder of the Social Movements and Civil Society Research Group at City University of London, where she maintains an Honorary Fellowship. Holly has written on topics including collective memory, civil society and democracy in Brazil and the role of ‘radio popular’ in reframing and contesting indigenous identities in Bolivia. She is presently writing a book about street art and resistance in Latin America.

Marisa Rueda was born in Buenos Aires but lives and works in London. She has an active professional life as a mixed media and installation artist. Marisa has been covering the political situation in Argentina in her work, especially during the time of the dictatorship. She has been part of the successful exhibition Women’s Images of Men 1980 and has exhibited alongside women artists for many years. She was artist in resident for Borough of Hammersmith and Fulham and developed community projects.

Cecilia Sosa is an Argentine sociologist and cultural journalist. She obtained an MA in Critical & Creative Analysis (with Merit) from Goldsmiths (University of London, 2008) and a PhD in Drama at Queen Mary (University of London, 2012). Her thesis was awarded as the best thesis of the year by the Association of Hispanists of Great Britain and Ireland, and published as a book, Queering Acts of Mourning in the Aftermath of Argentina’s Dictatorship (Tamesis Books, 2014). She has published extensively at the crossroads between Memory, Performance and Latin-American Studies, including articles in Memory Studies; Theory, Culture and Society; Feminist Theory; Cultural Studies; and Subjectivities, as well as the international media and festival catalogues. She worked as post-doctoral fellow at the School of Arts and Digital Industries, University of East London, and has recently been appointed as a member of the National Scientific and Technical Research Council (CONICET), at Universidad Tres de Febrero (Argentina). 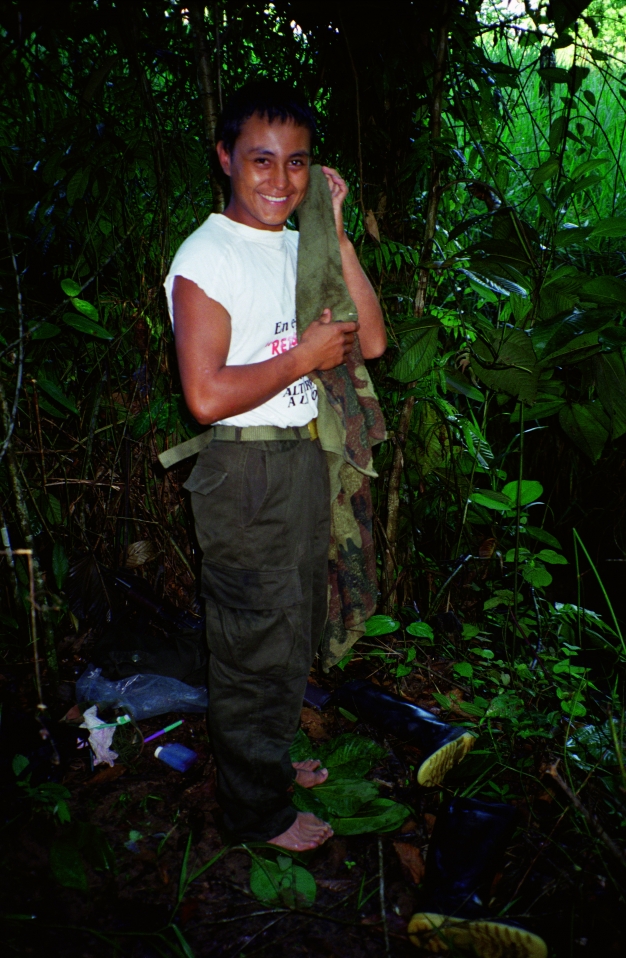 The artworks will be on display in our Teaching and Research Space, Constable Building, on the 7, 8, 9 June from 12-2pm. All welcome! The Essex Transitional Justice Network Annual Lecture is held on Tuesday 7 June from 3-5pm in the Essex Business School, room 2.50.