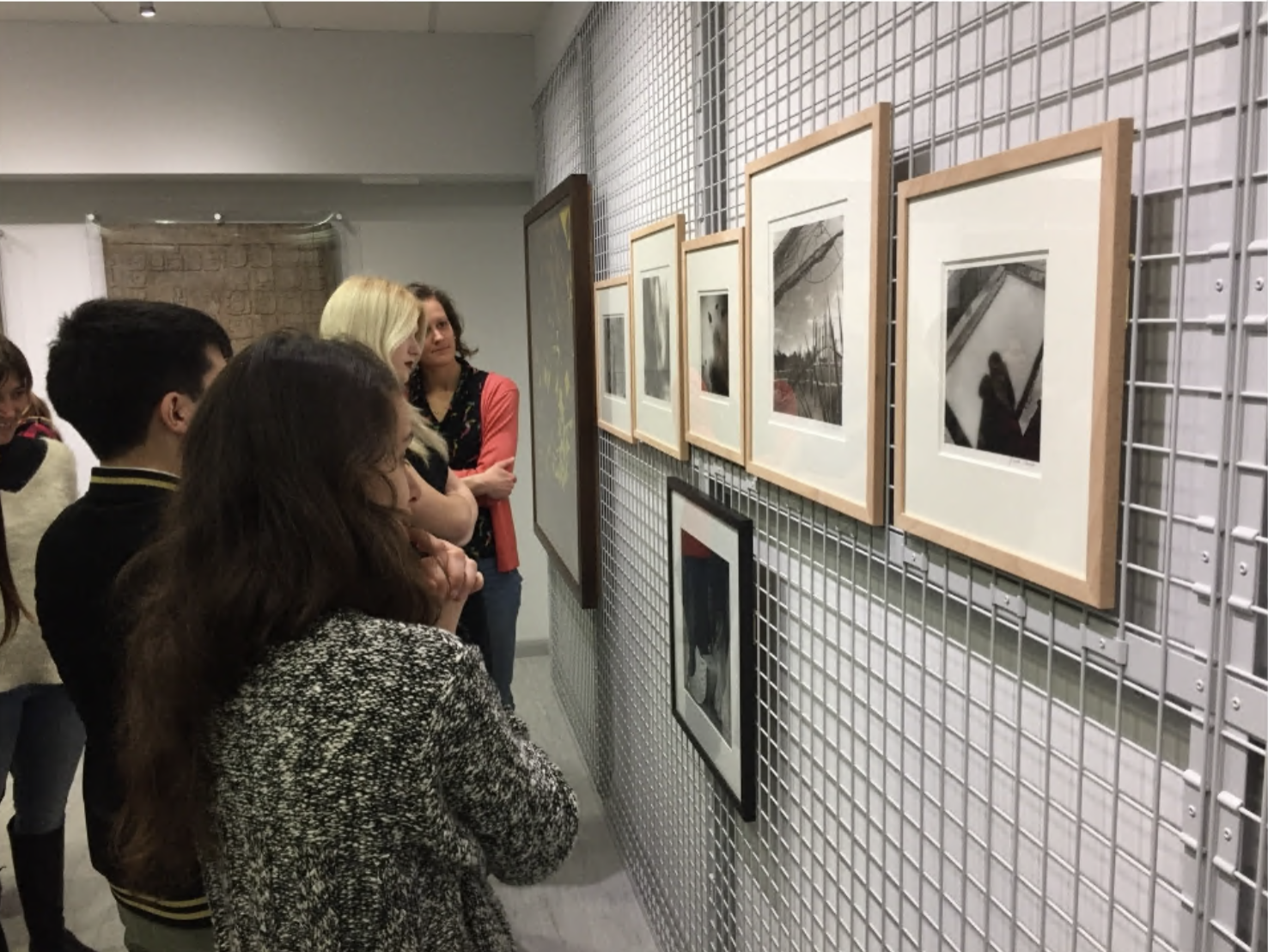 Come to an informal afternoon to discuss our intriguing collection of five photographs by Graciela Iturbide. Iturbide is internationally recognised for her work, which focuses not only on the people and places of her native Mexico but also on those of other countries, including India.

As a group we will spend two hours in the ESCALA Teaching and Research Space looking at Iturbide’s photographs and discussing them from our own personal viewpoints and research interests. We are keen to bring together students from different disciplines as a way to help us to gain a fuller understanding of these exceptional photographs. But don’t worry, we don’t expect you to know about art or about Latin America. We will provide all of the information you need as well as food and drink! Places are limited to 10 because of the size of the ESCALA Space, so we would appreciate it if you could confirm your attendance as soon as possible and let Ana know by 15 March if you can’t make it, so that we can offer your place to another student. This study afternoon has been organised by Ana Varas Ibarra, a PhD candidate in the School of Philosophy and Art History, whose research is supported by a scholarship from FONCA-CONACYT.

We are grateful to the Pinta Museum Acquisitions Programme and to the Art Fund for their support in acquiring these artworks for the University of Essex. 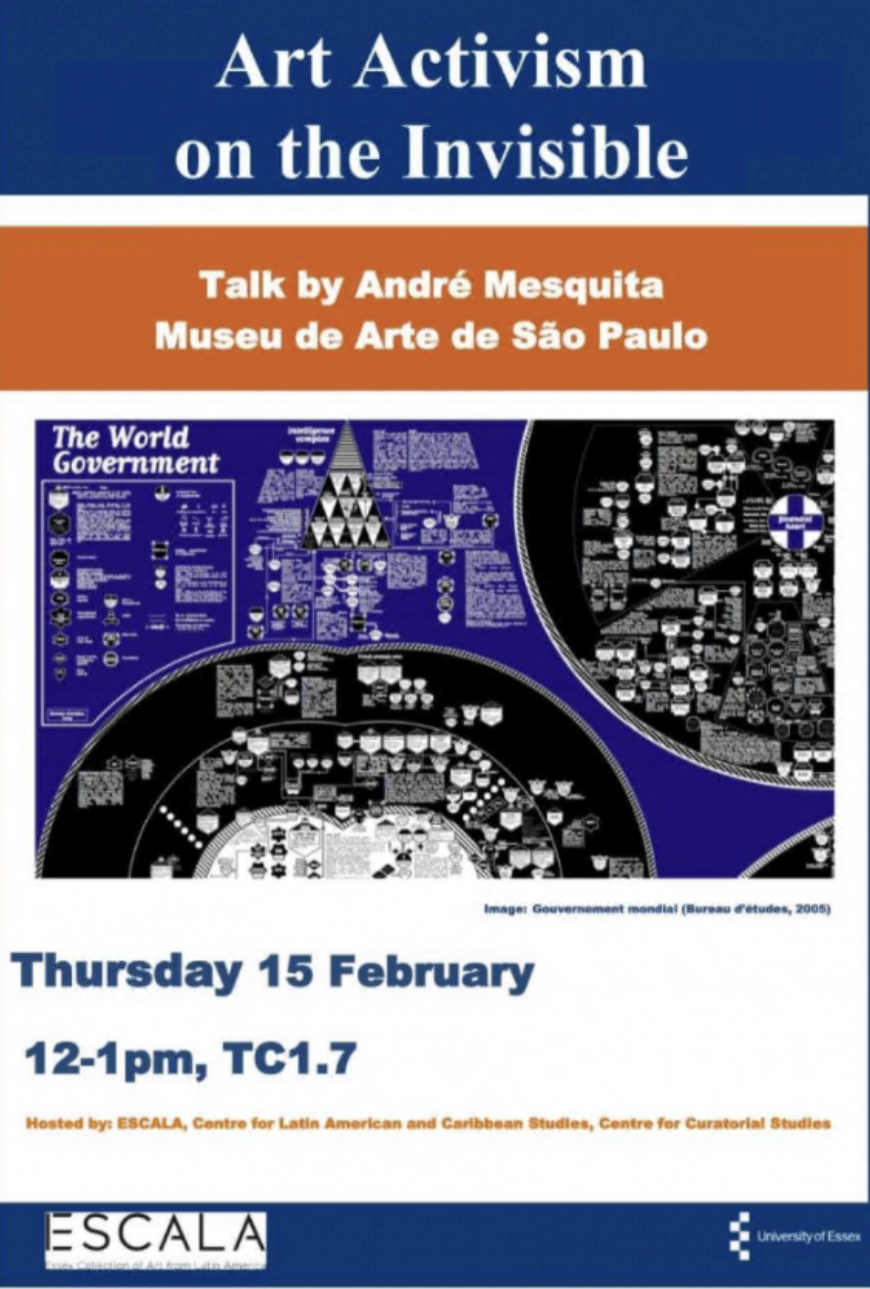 On Thursday 15 February, André Mesquita will give a talk hosted by ESCALA. He will share insights on his research into the articulations between contemporary art practice and political activism.

In this talk, I’ll share insights on my research into the articulations between contemporary art practice and political activism. In different situations and social contexts, these practices shed light on issues such as state violence, as well as invisible geographies and the occupation of public spaces. I’ll approach the diversity of activist art tactics from an “extradisciplinary” point of view: that is, broaching how such actions cut across multiple fields of knowledge, activating new forms of doing, conceptual tools, and proposals, which are embedded in daily life, such as creative modes of protest, critical cartographies, urban interventions, among others. Taking as my point of departure the notion of the “public secret”, I’ll talk about actions by artists and social movements that work to make visible forgotten stories and to expose structures of control and power networks.

André Mesquita is based in São Paulo and conducts research on the articulations between art, politics, and activism. He received his PhD in Social History from the University of São Paulo in the Faculty of Philosophy, Languages and Literature, and Human Sciences with the thesis Mapas dissidentes: proposições sobre um mundo em crise (1960-2010). He is the author of the following books Insurgências poéticas: arte ativista e ação coletiva (Annablume/Fapesp, 2011), Esperar não é saber: arte entre o silêncio e a evidência (2015) – realized with funding from Bolsa Funarte de Estímulo à Produção em Artes Visuais 2014, and co-author of Desinventario: esquirlas de Tucumán Arde en el archivo de Graciela Carnevale (Ocho Libros, 2015). In 2014, Mesquita was the resident researcher at the Museo Nacional Centro de Arte Reina Sofía in Spain. As a member of the Red Conceptualismos del Sur (Southern Conceptualisms Network), he was one the curators of Perder la forma humana: una imagen sísmica de los años ochenta en América Latina (Museo Reina Sofía, 2012) and contributor to the accompanying exhibition publication. Also, he was the co-curator of the exhibition Politicization of Friendship (Moderna Galerija/Museum of Contemporary Art Metelkova, Ljubljana, 2014). Currently, Mesquita investigates the theme of secrecy and its relationships with contemporary societies and artistic practices. He works at the Public Programs of the Museu de Arte de São Paulo (MASP).